Tens of thousands of girls and women are trafficked in the United States, millions in the world. If tens of thousands are trafficked in the USA, then a few million men are using them. Who are these men? Ordinary guys? Husbands and fathers? Executives? Respectable citizens? Church-goers? How does a man rationalize pretending to be good while  using trafficked women and girls in secret? More importantly, how does a man recover from this kind of life  and become someone better? How does a man redeem himself and turn from a user to a server? From someone hurtful to someone helpful?  How does a man overcome sexual addiction and direct his energy in more constructive ways? This story is fictional, but the premise is visionary.  We can end human trafficking. We can create a world where girls and women are loved and respected as humans rather than used as commodities.

A successful executive holds a dark secret. A brave young girl demands to be heard. A kick-ass therapist insists on the truth. A woman must decide whether to keep her marriage. An FBI special agent seeks justice for perpetrators and freedom for slaves. A daughter is challenged to grow up. A CEO becomes much more than a boss. The Secret Life of an Ordinary Man is about the fastest growing crime in the United States, human trafficking.

Jack Retter is an ordinary man who appears to be an extraordinary husband, father, and executive. He has everything under control--until he meets Alyssa. 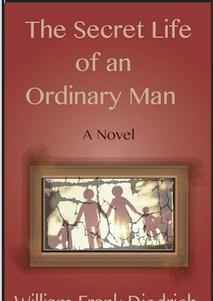